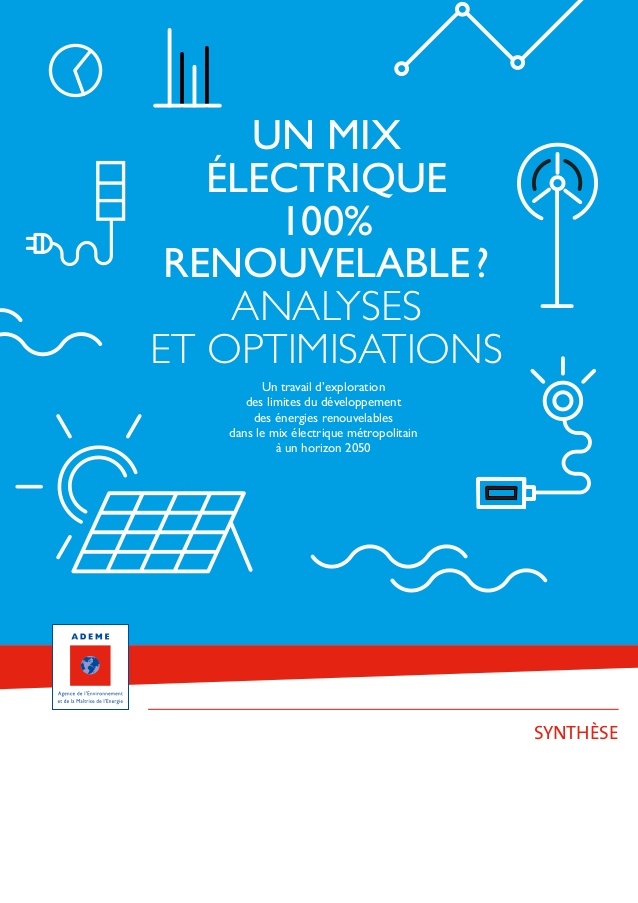 In 2013, l’Agence de l’Environnement et de la Maîtrise de l’Énergie (ADEME)(French Environment and Energy Management Agency)published its energy and climate scenarios for the period 2030 to 2050, suggesting possible avenues to achieve a four-fold reduction in greenhouse-gas emissions by 2050 by cutting energy consumptionby half and deploying renewable energy sources for electricity generation on a substantial scale. Both of these objectives were the basis for targets set by the Président of France and subsequently adopted by Parliament in the Energy Transition Law to promote green growth.Today we present a study that explores the technical aspects of renewable energy deployment in the electricity system. This is a forward-looking exploratory scientific study, not a political scenario. It is similar to the 2012 National Renewable Energy Laboratory (NREL) study of a 100% renewable energy scenario for the United States. The electricity mixes examined in the ADEME study are theoretical: they are created from scratch and do not take into account the current situation or the path needed to achieve a 100% renewables-based electricity system. [Lire plus]